Year One are learning about biodiversity this half term. We have been hunting for bugs around the school grounds, and made posters to encourage people not to pick flowers. We have also begun making bee homes to put in The Garden of Eden. 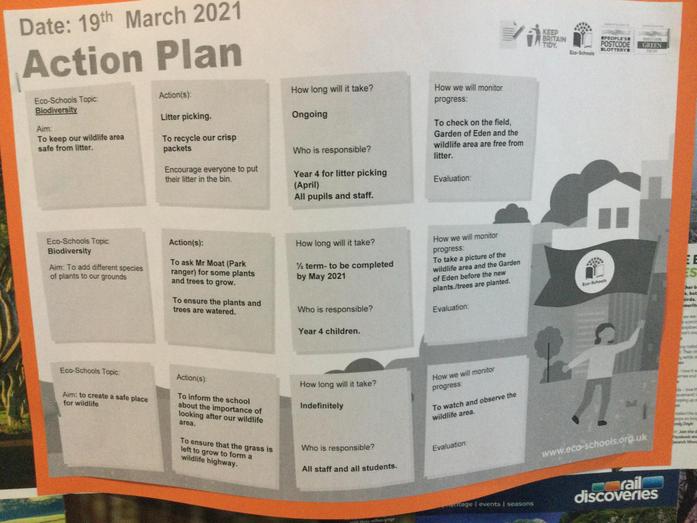 Keeping our habitat safe for minibeasts and birds

In Blue class, we have been focusing on the term 'biodiversity'. We linked back to our science topic of 'animals and their habitats' and our recent work on food chains. We remembered that every creature and plant is part of a food web and that removing any links can cause real problems. We thought of different scenarios where links were taken out of food chains locally and what the effects would be.

We have also been collecting crisp packets from break time around the school and in two weeks we have collected over 200. That is two black bin liners of crisp packets! They are being taken to a special crisp packet recycling scheme to stop them from going into landfill and ruining habitats.

Our class have written some stories from the perspective of minibeasts in St. James' wildlife area. We have put some of these on our Eco board, copied onto scrap paper. Make sure you read our backing paper too! You could learn a lot about biodiversity in Britain.

In Azraq class we have focussed on Biodiversity. We decided to go on mini beast hunt in our wildlife area to identify different habitats.

We had great fun! We have also thought of some creative ways of how to keep the habitats safe! 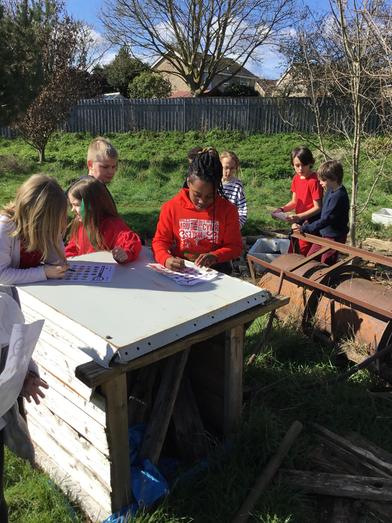 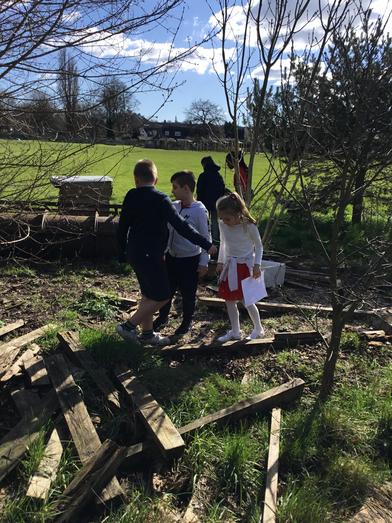 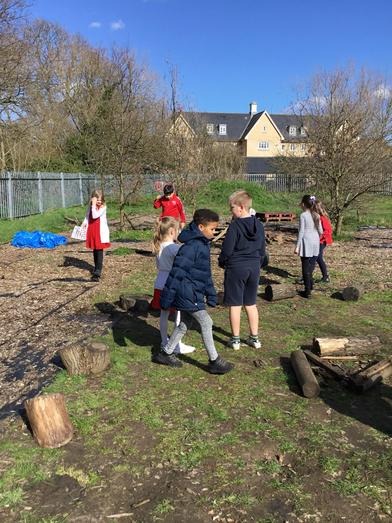 Niebieski Class have been caring for the wildlife by picking litter.